By eva September 22, 2014
Hello!  Well, it's been a while again!  Still feeling a bit shlumpy.  I don't know if that's a word but that's how I've been feeling lately.  But I decided to finally finish up this crocheted Pikachu hat that I started making a super long while ago.  I think I stopped making it because I found a Pikachu costume for my son and it came with a mask but it's kind of a lame mask cause it's so hard and there really isn't a place for my son's nose.  So it's like smashed and not comfortable.  But once I stopped making the hat, I just forgot about it.  I took it out the other day and I realized the basic hat part was almost done!  I just had to finish the face parts and the ears.  Good thing I had some good notes. 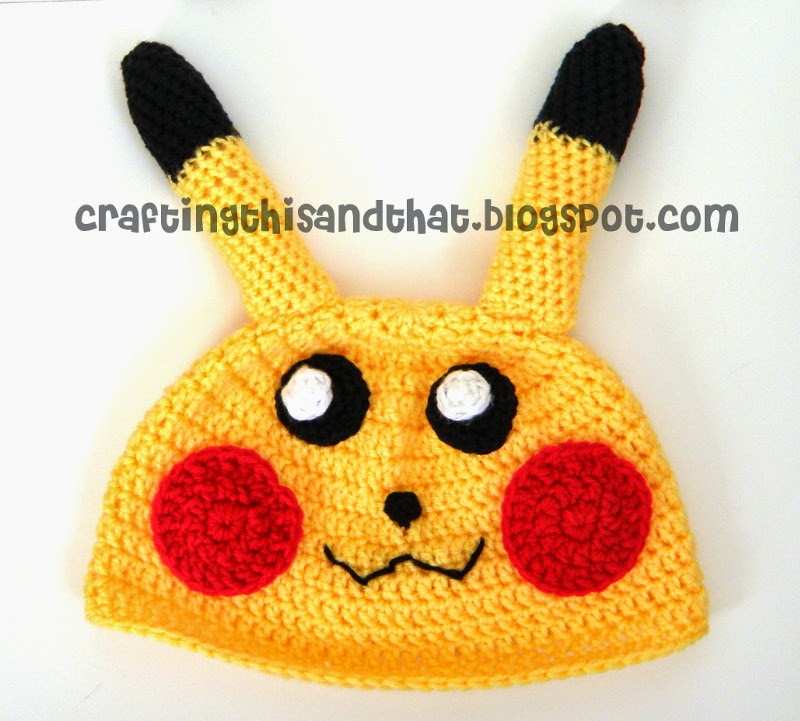 So I finished up the details and put the hat together last night and my son can use the hat as part of his Halloween costume.  Yes, he can reuse that costume for the 3rd year in a row.  It's been a while so I can't even remember the site I got the basic hat pattern from.  She had crocheted a bunch of Sesame Street characters.  The ears and facial parts I got from this site.  But I made the eyes a little differently and added a mouth. 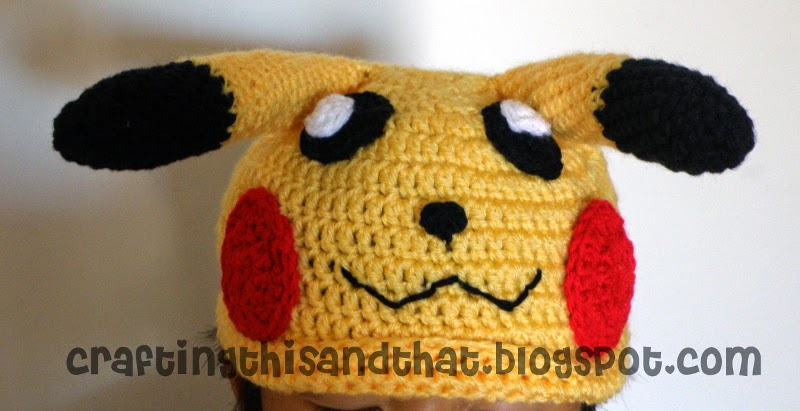 Here it is on my son's head.  Pika's ears flop forwards and backwards but still looks pretty cute. 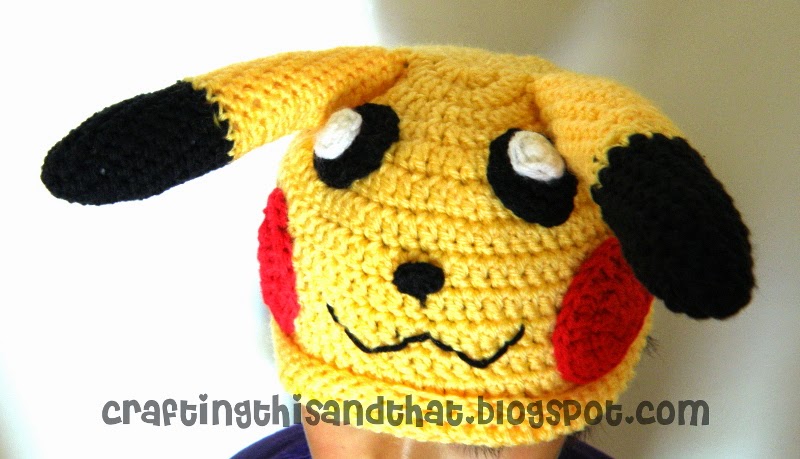 Alrighty, I got some goodies today so maybe I'll get back into the crafty swing of things.

Cheryl said…
Too cute! Love those floppy ears and cute face! Nice for your son to have a same but different costume. I hear "but everyone already saw me wear cinderella and belle for halloween"
September 23, 2014 at 3:54 AM

Anonymous said…
You are so talented Eva! This is just so cute...it makes me want to learn to crochet (again). My kids wore the same costume year after year after year too.
September 23, 2014 at 7:13 AM

Leanne said…
Pikaachuuuu!! This is awesome Eva! I look at my unfinished crotchet projects and put them back in the box! hahaha! Well done my talented friend!
September 27, 2014 at 5:32 PM