how many tries does it take?

By eva January 29, 2018
Hi all!  How many tries does it take for you to create something you love?  Can you complete a card or a tag in one sitting or do you change things around often?  Today I wanted to share the process I went through in creating a simple tag.  It was the tag that I made to go along with my crocheted octopus in my previous post. 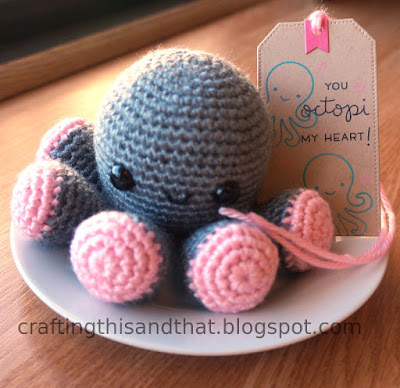 See the tag behind the octopus?  Looks pretty simple, right?  I didn't even have to color the images.  I just stamped them in colored ink but it took me much longer than I thought it would. 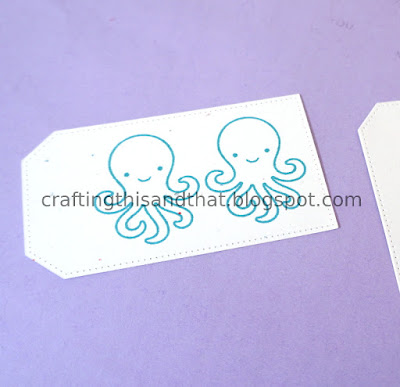 Try #1.  I thought I wanted to use this cardstock that had the small specks of color in it so I stamped my octopus image on it twice.  And it had to be more than once because "octopi" is plural, right?  I couldn't just stamp it once cause it would be kind of grammatically off.  Yeah, I think my mind is a little picky at times. 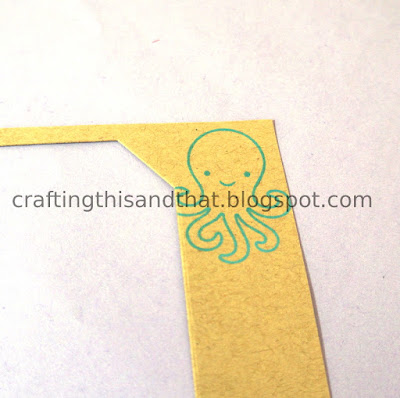 But then I had a scrap piece of kraft cardstock and I stamped the blue octopus on it and liked it better so I switched to kraft. 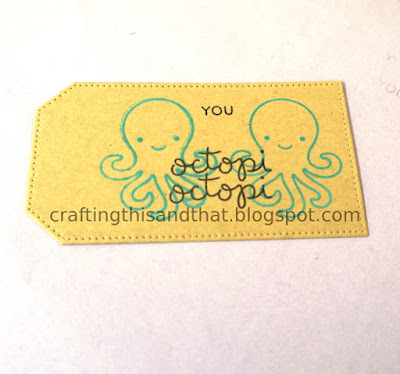 Try #2.  So here I stamped it twice but then realized the sentiment wouldn't fit really nicely anywhere.  I thought maybe it might be okay if I just stamped the words on the images but nope, didn't like that look. 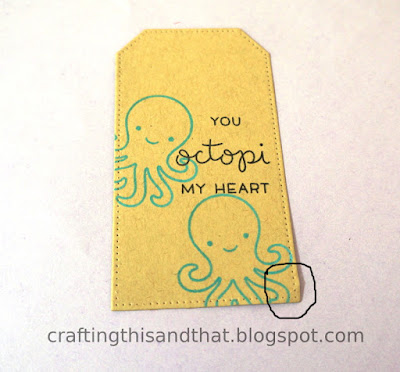 Try #3.  I flipped the orientation of the tag and thought I could just partially stamp the octopus images and it would look neat.  And I could live with the sentiment being over the tentacle of the octopus just a bit.  But look at the bottom right corner!  I bent the tag in the corner when I tried taking it out of the die!  Might not be that noticeable but still it kind of bugs me.  And also the "my heart" part of the sentiment is a bit too close to the lower octopus.  So this tag was out too. 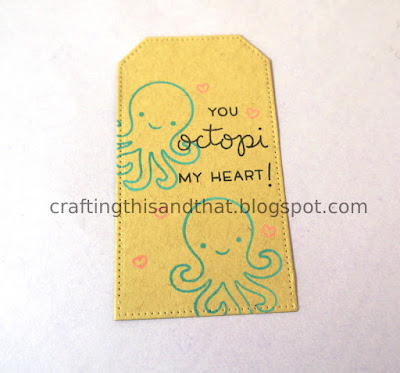 Try #4.  Here's the tag I finally was satisfied with!  I stamped pink hearts on it too. 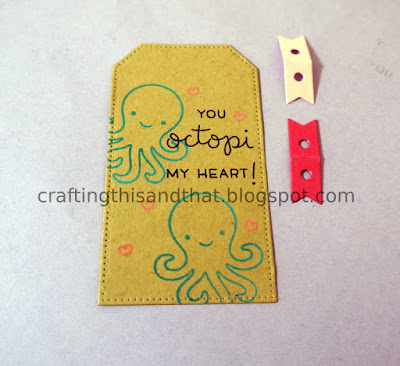 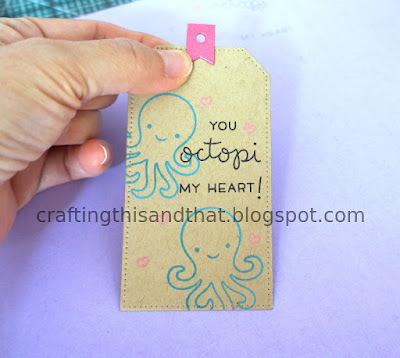 But where should I attached the hole protector?  Slightly over the tag as in the above photo?  I wouldn't have to punch a hole in the tag.  But is it sturdy enough like that?  Seems like it might be kind of weak.  But it's kind of a neat look and I might make tags like that at a later time. 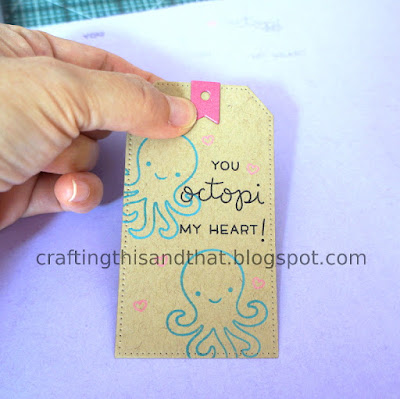 Finally in the end I went with the hole die cut being flush with the tag.  I had to punch a hole in the tag but that wasn't a problem.  So those are all the steps I took to create a tag that I was happy with.  I can just imagine if I had to color the images!

I wonder if other stampers and crafters can relate to this?  I'd get more things done if I was just happy with my first couple tries.

Lynn said…
No, Eva you are not alone in your crazy obsession to get it 'right'. Sometimes I obsess about ribbon color or texture for hours. Other times when I am pressed to complete something I just have to close my mind/eyes, do the best I can, and hope for a better outcome next time. Every little detail and misplaced speck of ink is important when you are a true crafter. "Good, better, best never let it rest until the good is better and the better is best!" is sometimes my haunting mantra but my husband's K.I.S.S. (Keep It Simple Sweetheart)pulls me back to a sane life. I appreciate that you care enough to make your craft products is perfect as you can. Keep up the great work!
January 30, 2018 at 8:26 PM