By eva February 05, 2018
Hello!  I know I have been sharing lots of crocheted projects lately.  I have been crocheting more than card making but I think I'll be making more cards soon to stock up my shop again.  I have a lot of stamps that have yet to be used!  I think I may need to do another destash sale.

Today I have a kawaii pineapple purse to share made from a pattern by Stephanie from All About Ami.  The pineapple purse pattern is HERE.  Stephanie has some of the best patterns in crochet blogland.  I love that she takes the time to photo some of her crocheting steps because it makes the pattern that much clearer especially when it can get confusing about where to place your next stitch. 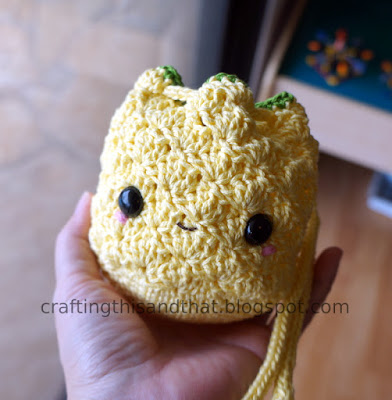 Took a photo after I crocheted part of the pineapple and placed the eyes, mouth and some pink cheeks.  I used Lion Brand's 24/7 yarn too that the pattern was made in. 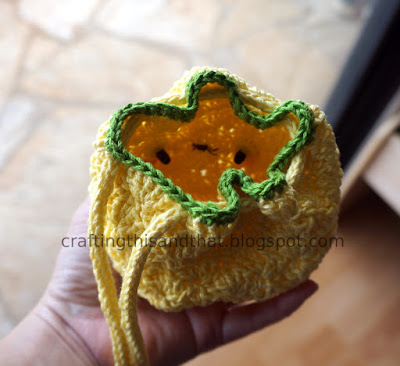 I thought about lining this purse since the inside would show the safety eyes and stitches but then opted not too because lining this purse seemed challenging.  I guess some people hand sew the lining but I've seen people also machine sew the fabric to crochet pieces.  I'll have to be brave next time and give that a try. 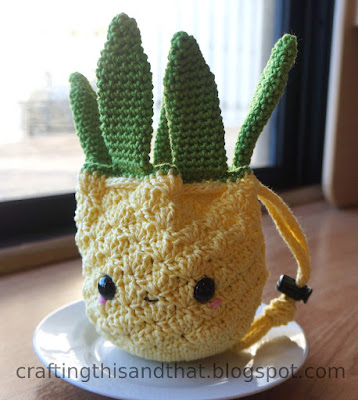 Here's the pineapple with its crown and open at the top. 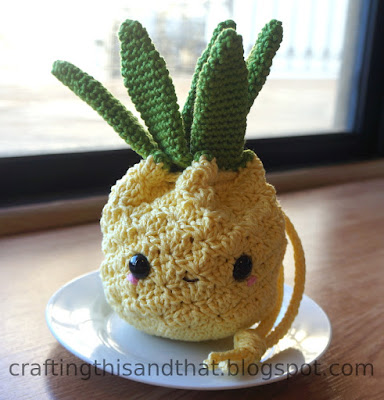 Here's how it looks with the drawstring close.  It's pretty cute, isn't it? 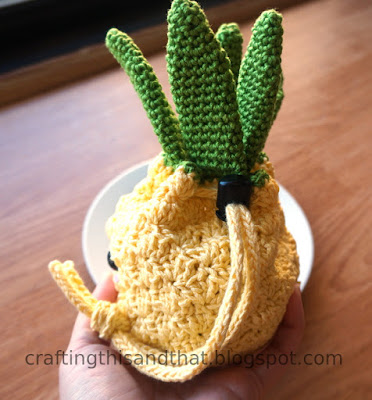 I also learned how to crochet this cord (I-cord) that I used for the drawstring and used a cord lock.  All of the links to that are also in the pattern post.

This little purse won't be in my shop though.  I've opted to gift it to a blog friend who loves pineapples.  Hopefully I'll make another one.