hats off to the graduate

By eva September 21, 2016
Hi!  Well, this is like a record these days, posting 3 days in a row!  Time to share my third and final entry for MFT's Superstar Card Design contest.

This card let me play around with MFT's Blueprints 30.  I wanted a different way to present gift cards which is why I purchased this set. 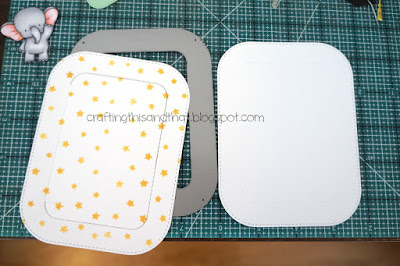 The first thing I did was stencil on some stars using MFT's horizontal starry sky stencil.  Yup, I have both the horizontal and vertical stencils.  I like them a lot for creating night time sky lines but they're also great just to create a star pattern.  Then I cut out my first piece on the left above.  I also wanted to cut out a bottom layer exactly the same but I didn't want the opened flap part so I did partial die cuts on all the edges (cut, rotate, cut, rotate) until I got the piece on the right. 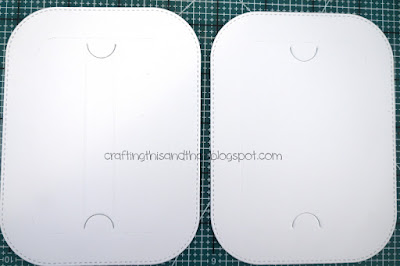 This set comes with a die that cuts the openings to hold a gift card.  The one on the left I didn't like because if you see closely you can see the imprint of the entire die.  So I redid the whole thing but on the right I did partial die cutting of just the rounded parts of the die to avoid getting that impression because I knew I wanted to stamp a sentiment on there.  Hope that makes sense. 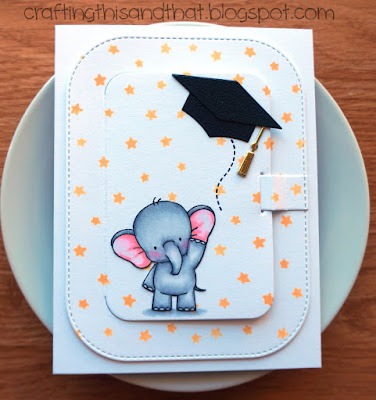 I assembled all the pieces and placed the adorable elephant from Birdie Brown's Adorable Elephants stamp set onto the flap.  I love this set and this guy in particular is pretty versatile with his arm (leg) in the air like that.  He could be holding something or waving hello or throwing a grad cap in the air!  The dashed trail line is also in the elephant set.  The grad cap is from MFT's Graduation Accents die set. 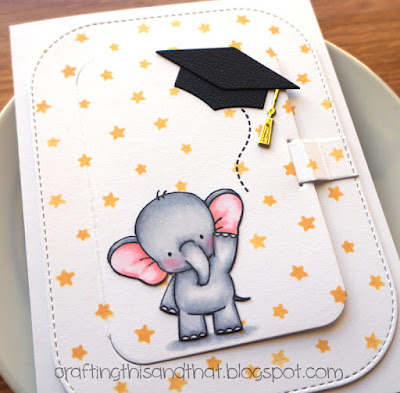 I also added the small piece of cardstock to hold the flap closed into the thin opening (all dies come conveniently in this set).  I scored it in 2 places so opening and closing would be easier. 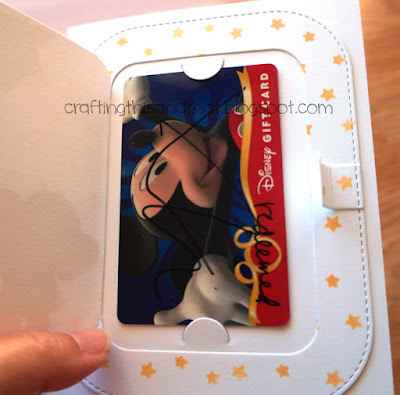 When you open it, there's the gift card!  Sorry, I scribbled all over this one because that's how I know we already redeemed it. 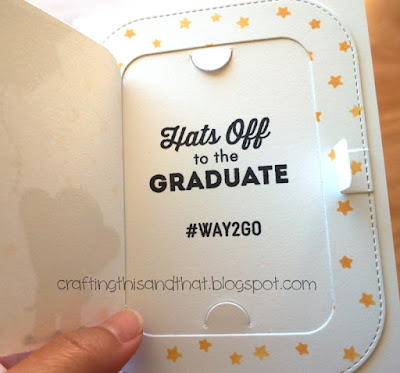 When you remove the gift card, you can see the sentiments from MFT's Happy Graduation which is fitting for the image on the front.  I like having this matching bottom layer where the sentiment is stamped so the gift card holder cuts don't show on the other side of the card when you open the card.  Hope that makes sense too. 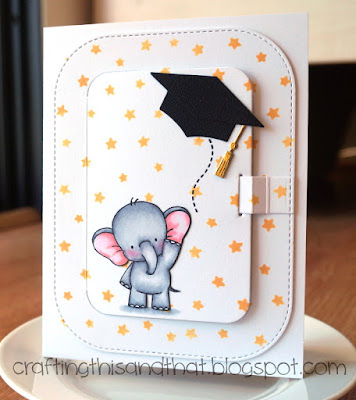 Here's another view of the graduating elephant.  I'm glad I got to play around with this one cause I'll be using it for Christmas.  Such a fun way to gift a gift card!

Thanks for stopping by!

Lynn said…
You are a super clever crafter! I love the design of your card/gift card holder. I especially like that you have a message under the gift card. Oh, and the closure is marvelous. Thank you for sharing your brilliant ideas.
September 21, 2016 at 10:19 PM