Where are my googly eyes?!

By eva September 29, 2011
Hi!  I've made another card for PTI's Make it Monday #34 Thick Chipboard accents.  I like making cute stuff for kids so I really wanted to use one of PTI's Boy Basics mini stamp sets.  After going back and forth between the trucks or the rocket or the frog, I finally settled on the frog.  And I thought an interactive card would be fun for a kid and thought the chipboard idea would work well since the many layers really make the die cut pretty sturdy. 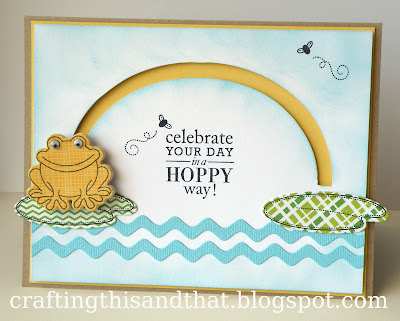 So here is PTI's Boy Basics Frog Hop.  I thought a spinner card would be fun.  You can find a tutorial HERE.  I just made an arch instead of a straight path using my old Coluzzle. 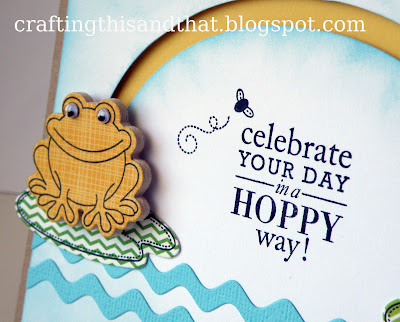 I used PTI's coasters instead of boxes I had around the house.  I layered 4 of the die cut frogs and then the Echo Park DP frog over that.  So the layers kind of make it heavier so it doesn't spin much but it's easy for the child to manipulate and make the frog hop over to the other pad.  Papers over the lily pad die cuts are also from Echo Park. 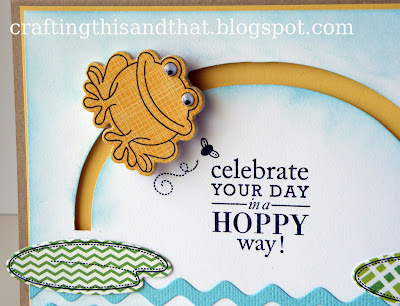 There he goes, concentrating on that fly.  I couldn't find my googly eyes for the longest time.  I really wanted the frog to have some googly eyes cause he looks so much better with them.  So of course I had to go and buy more though I know I must still have some from before. 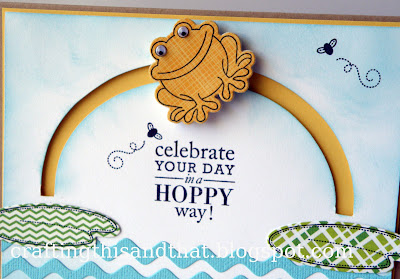 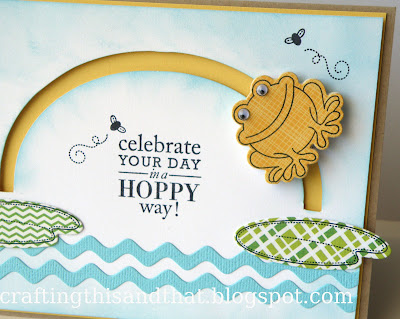 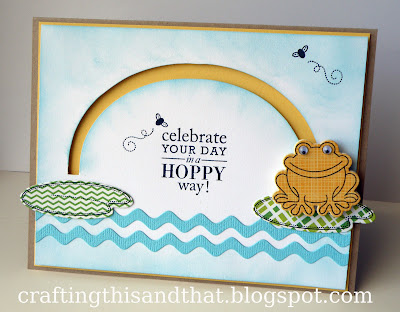 Made it safe to the other side.

I think it would be cute to make similar cards with the trucks and rockets too.  There's so much you could do, make winding roads for the cars or have a race and it could be much larger than a card.  And the same with the rocket too.  This reminds me of my days making speech therapy materials for my kids.  So many concepts you could work on!

Suzanne Russell said…
Crazy cute! Thanks for the tutorial, too! I see my grandson's birthday card in the making!!!
October 1, 2011 at 6:36 AM

Creations by Shirl said…
Hi Eva!
Love this froggy card, thanks for stopping by and leaving a sweet comment too... you even paper pieced the lily pads cool idea.....
I'm you newest follower, dont' forget to hop back over to my blog and follow me too, I have some blog candy give away....
TFS!
October 2, 2011 at 6:00 AM