By eva October 30, 2014
Hello everyone!  Ready for some new Sister Stamps?  There are 2 new images coming out November 1st.

The first image I'm sharing today is called Mitsuyo!  It is purely coincidental but that is also my daughter's middle name.  She was named after her Great-Grandma Mitsuyo. 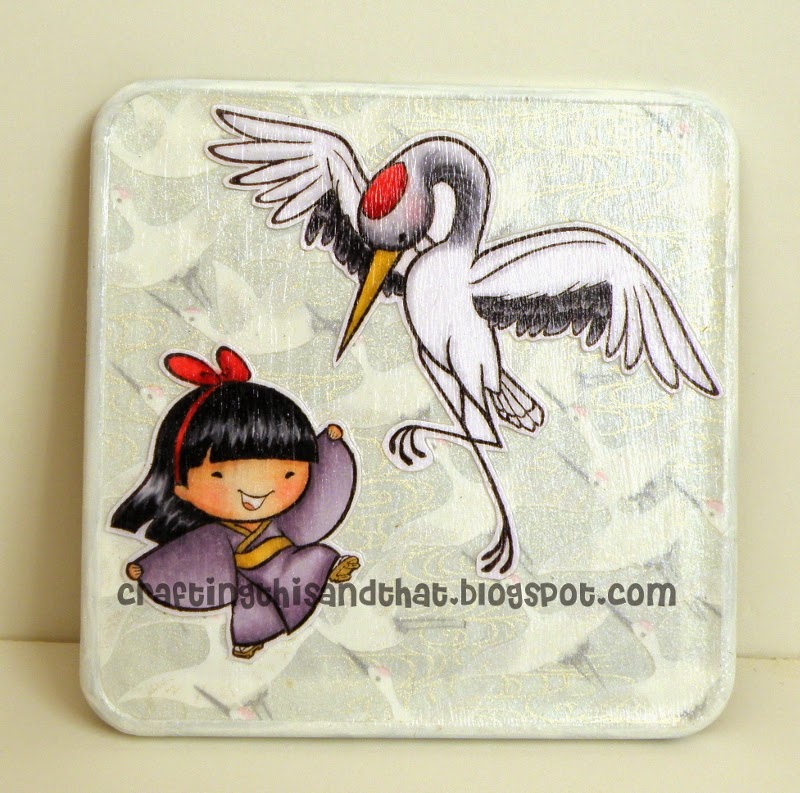 I tried something new this time around.  I had a set of 6 brown plastic coasters that had a sticker on them.  So I ended up peeling them off and then using some Goo Gone to get the rest of the adhesive off.  Then I added a couple of layers of gesso to cover up the brown.  I used some mod podge to adhere some washi paper on to the coaster and then to glue the images on too.  Then I added lots more mod podge over the whole piece.  I didn't add any clear acrylic spray on yet though I've read that is recommended.

I think it came out cute but didn't realize there are so many different kinds of mod podge!  I used the shiny one cause I like shiny things but then it comes out kind of streaky.  I tried sanding the streaks out in between layering but that didn't seem to work.  Then I read maybe using matte finish is better with less streaks.  Oh well, I guess you have to pick and choose.  There is also an acid free formula called paper mod podge and maybe that's the one I should've used instead to lessen the chance of yellowing in the future.  Or maybe the water resistant one cause I want to actually use these as coasters.  So many choices!  So that leaves me a bit confused.  And also my black copic (Mitsuyo's hair) bled a little when applying the mod podge.  So hopefully, you will research mod podge better than I did before trying something like this! 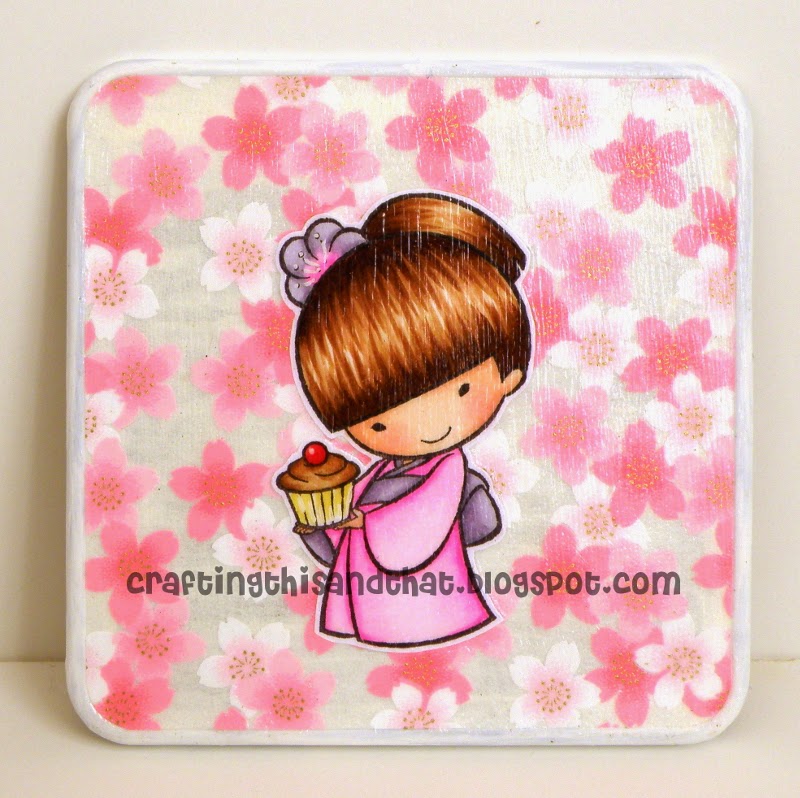 This is the first coaster I made to kind of test it all out.  I think it came out pretty, streaks and all.  Lots of texture to it. 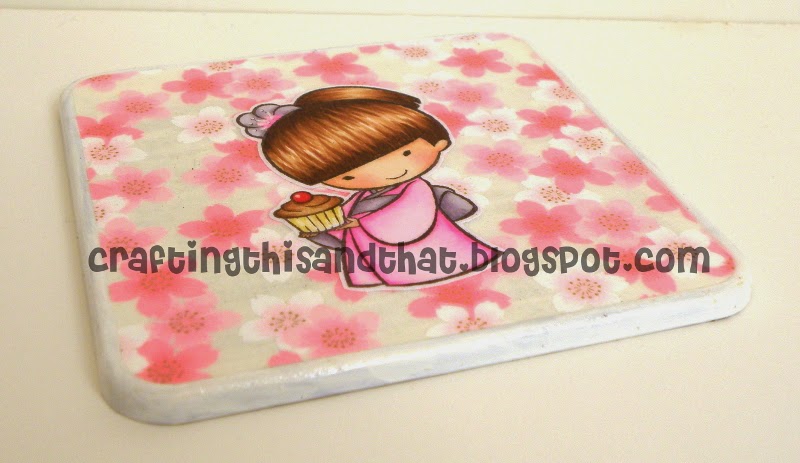 Different view.  I have 4 more coasters that I haven't quite decided what to do with.

Please be sure to check out the rest of the gang.  We have a new DT member too so be sure to stop by and say Hello!

Did you know there is also a Sister Stamps channel on YouTube?  Check it out!

Thanks so much for stopping by!  I'll be back tomorrow!

Leanne said…
Too too cute Eva!! I love this fun idea, but would probably be too afraid to put anything cold or hot on it. hahaha! There are sprays that you can use by Mod Podge that might work. I've been using the one that adds a nice pearlized shimmer to everything. It's in a blue can and I got it at Ben Franklin.

Cheryl said…
So crafty with all your different mediums! Wow, I didn't know so many options with mod podge...for some reason I thought it was called modge podge. looks kind of neat with the streaks, kind of a crackly effect, or like adding distress overlays to your photos. Anyhow, super cute images and coasters! Happy Halloween!
October 30, 2014 at 7:23 PM

Have A Scrap Happy Day said…
Ohhh wow!!! These are dang cute. And what a great idea for coasters. They would make really nice gifts.
October 30, 2014 at 7:43 PM

Rachel Parys said…
Ok, now you're just showing off!!! LMBO!! These are fantastic!!!! What a great idea! Now I am going to be scouting out some coasters so I can try this myself!! You little crafty genius!
October 31, 2014 at 7:11 AM